“Merck survey: Is motherhood in your agenda?” on the occasion of Mother’s Day 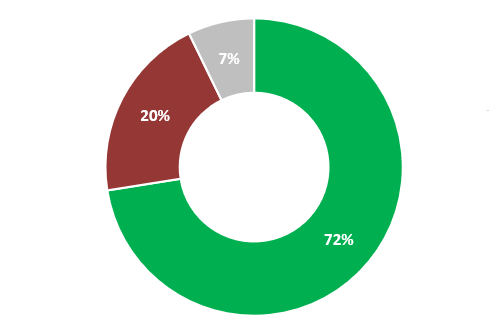 8 out of 10 millennials want to become mothers within 3 to 5 years, compared to 6 out of 10 Generation Z women. This is one of the conclusions of the Merck Survey “Generation Z and millennials: is motherhood in their plans?” promoted by the science and technology company Merck with the technical support of the consulting firm GAD3, whose results have been released on the occasion of Mother’s Day. “We know that the first child is arriving later and later, when women are around 31 years old, and that the birth rate has been falling every year since 2008 in Spain,” explains Carlos Martínez Caballero, director of Merck’s Fertility Unit. “At Merck we are curious to know what the trend will be in the coming years and to investigate the life plans of the younger generations in our country. That is why we asked them not only what place motherhood would occupy in their lives, but also how they would live it, and the answers surprised us”.

The survey, in which 1,200 young people aged between 18 and 35 from all over the country took part, shows that motherhood is part of the medium-term life plan (between 3 and 5 years) of the majority of women (72%) of both generations. This desire is higher among millennials (80%) compared to Generation Z women (62%).

The reality shows that the average age at which women have their first child in Spain is 31 years old, but the age indicated as ideal by those surveyed is 28 years old (Generation Z) and 30 years old (Millennial). Lack of economic stability and health reasons are the two main reasons given by both generations for delaying this moment.

This delay in childbearing means that women’s fertility is reduced and many women admit that they are concerned about their biological clock. According to the results of the Merck survey, 43% of Spanish women between the ages of 18 and 35 are concerned about this issue and this unease begins before the age of 30 in more than half of them (55%). As Dr Luis Martínez, president of the Spanish Fertility Society (SEF) explains, ” as long as there are no special circumstances (ovarian surgery, endometriosis, early menopause in the family), a woman’s fertility begins to be compromised from the age of 35 onwards, which is when there is a decrease in ovarian reserve”. However, one in four women think they should start worrying about their reproductive health after the age of 45. When asked about the possibility of freezing their eggs in order to preserve their fertility and be able to become mothers with certain guarantees at a later age, almost half of the women interviewed (48%) say they see it as very or fairly likely that they will resort to this technique. By generation, more than half of millennials (52%) and 43% of Generation Z women admit they would take this step. “In women without previous pathologies, the ideal age for freezing fertile eggs would be before the age of 35. At that age, the quantity and quality of the eggs will allow the best gestation rate to be obtained after thawing,” says the SEF president.

Would they opt for fertility treatment?

Tracking RCN : Study on the social climate in Colombia
December 12, 2022

Tracking RCN : Study on the social climate in Colombia
November 8, 2022